It is estimated that between 6 and 10 million spanish speakers play padel, compared to an estimated 200,000 active tennis players.
Apart from Spain, in the last few years there has been a big expansion of padel across Europe, as well as many famous people such as Henry Leconte, Francesco Totti, Novak Djokovic, José Maria Aznar, Rafael Nadal, David Lloyd etc. play padel and many of them invest in this fast-growing and successful business. A big increase in popularity of this sport can be seen in France, Italy and Sweden and although the Spanish market is not losing the popularity of this game, in recent years it has been stagnating and has grown by only 3-4% while in other countries of South America and Europe the market doubles every year.


Below is an infographic showing a huge increase of interest in playing padel in numbers against the background of newly emerging courts and the sale of padel racquets. 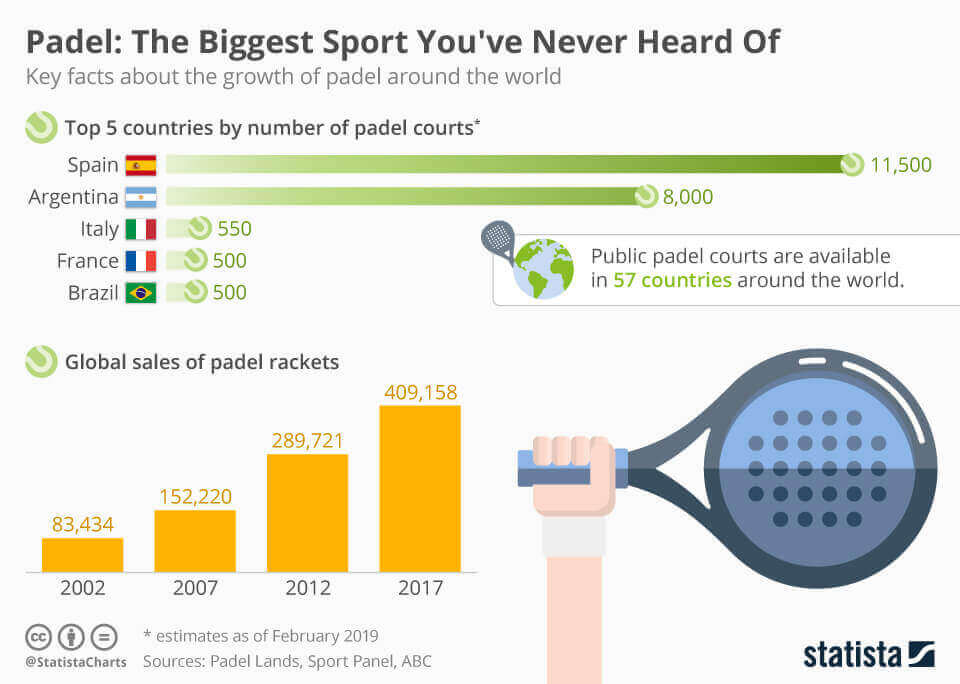 This sport is developing very dynamically all over the world and by 2019 the official channel on YouTube "World Padel Tour" was displayed 160 million times. If you are interested in building padel courts call or write an e-mail now - we will answer all your questions. 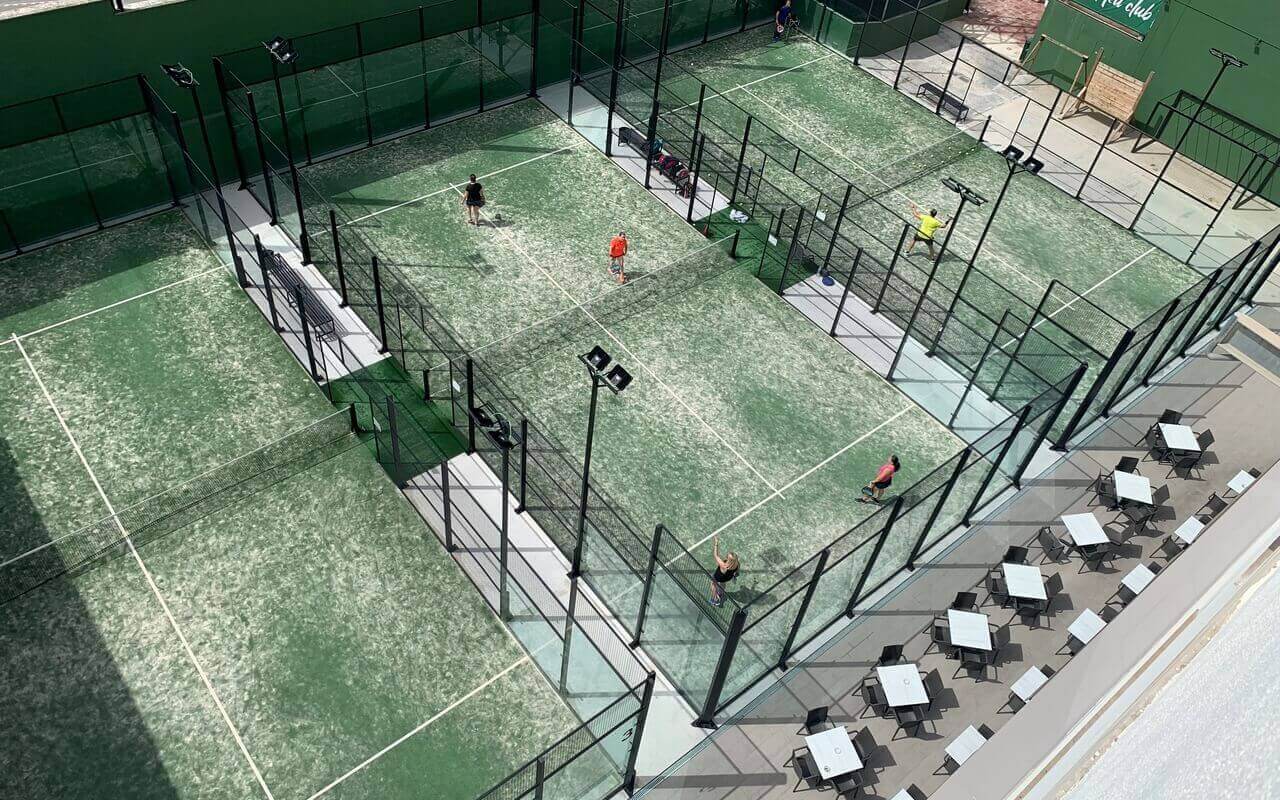 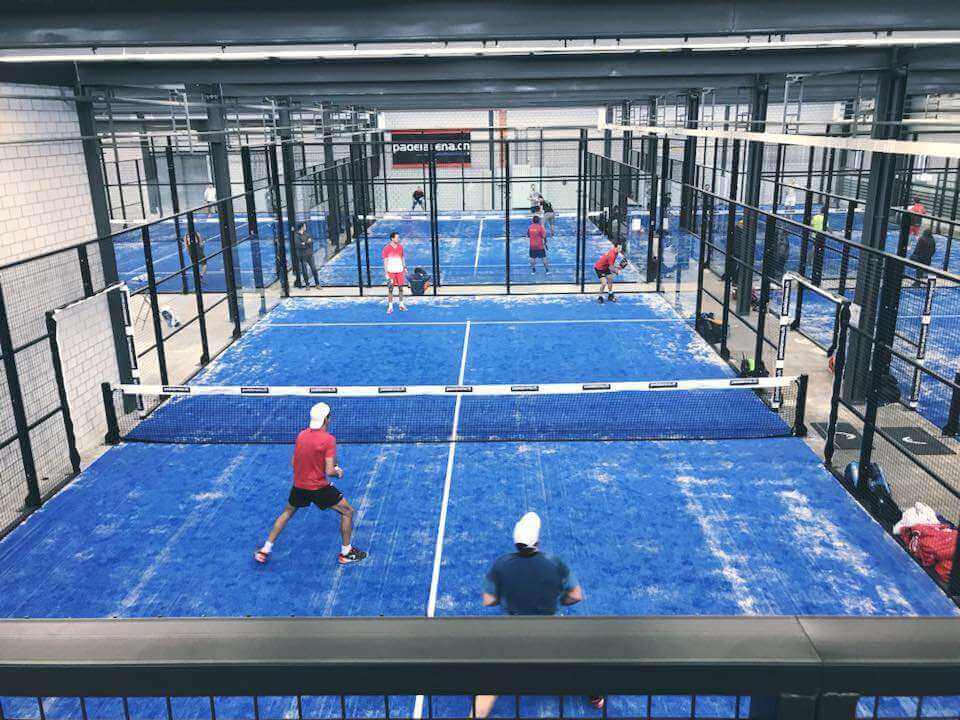 Is it worthwhile to build a padel court?


Yes! Here are advantages of this sport:

- padel court occupies about 1/3 of the surface area (200 square meters) compared to the tennis court (648 square meters). It is a very profitable investment - in fact, it is a sport which in the last 5 years has achieved the highest growth rate in the number of members and players; - padel court has a relatively low cost and medium- and long-term usability (about 20 years and, related to the quality of the materials);